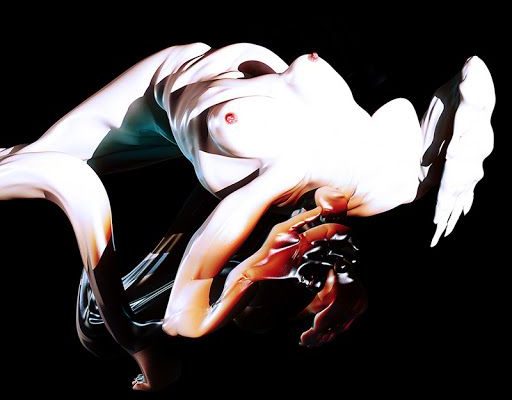 Xiao Vixen is a 17-year old artist from Atlanta, Georgia, and inspired by people such as XXXTENTACION, FKA Twigs, Beach House, Slowdive, Bjork, Son Lux and Arca. She wrote Ultimatum with it’s lyrical content about the breakup of a relationship.

The track is produced by Datura Hex, who twists, shapes and glitches the song so it’s lyrical meaning becomes hidden behind a wall of atmospheric harmonies, leaving only an implication of the songs original meaning.

It’s a wonderful, dark and brooding production and well worth 2:23 of your time…