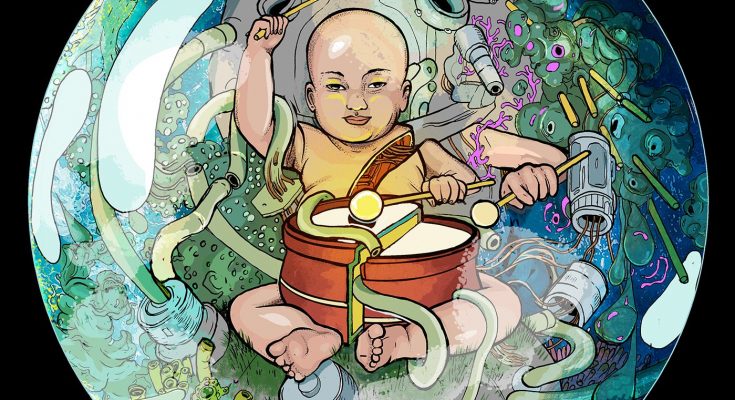 Vayron is a producer from France, who has just released his first single as part of a compilation from a new label called U.Baba.

Vayron composes in a variety of styles, from piano pieces to IDM infused electronic music. The study of piano and classical impressionist composers such as Debussy and Ravel played an important role in the shaping of his music. Later on, the rich tradition of electronic artists such as Aphex Twin, Boards of Canada, and Radiohead became the inspiration for Vayron to develop his sound.

Opening with a constant 16th note percussion groove, later added with rhythmic steel drums that are reminiscent of minimalist such as Steve Reich, maybe a little Gamelan too. This is then built up with minimal drums and a driving synth bass that underpins the movement of the track. Pads are overlaid before a squelchy bass takes over.

Deprived is his first track out on the compilation U.baba vol 1 on a new French electronic label called U.Baba Records. The rest of the compilation is worth checking out too. Hopefully we’ll be featuring more soon…