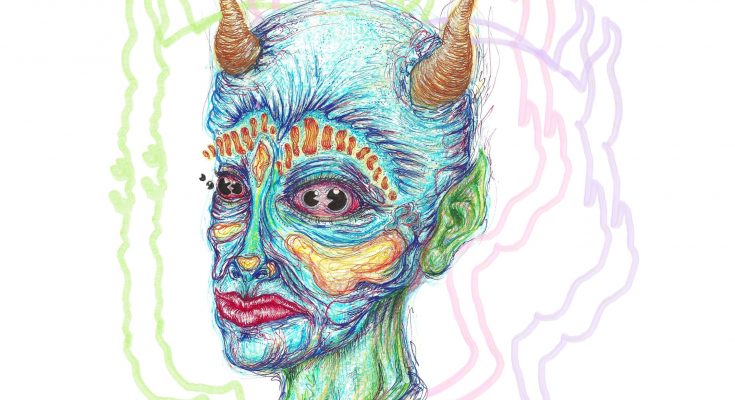 I had to look up a definition of Witch House as it’s a genre that seems to have passed me by. As I’d recently gotten a lot of this kind of thing in my inbox I thought I’d better look it up…

According to Wikipedia, ‘Witch House’ is a dark, occult-themed electronic music microgenre and visual aesthetic that emerged in the late 2000s and early 2010s. The music is heavily influenced by chopped and screwed hip-hop soundscapes, industrial and noise experimentation, and features the use of synthesizers, drum machines, obscure samples, droning repetition, and heavily altered, ethereal, indiscernible vocals.

One track that caught my attention was a remix of Lost Upon The First Step, a track released by Zane Coppard on Bonfire Records.

Zane Coppard is a multifaceted musician, a drummer who’s played and toured with many bands, whose just made an album, called Of Self, released on Bonfire Records. His brother is a guitarist called Ulysses, who’s just remixed Lost Upon The First Step…

Here’s Zane’s original version of the track, the originals even darker in tone, with distorted and processed piano and vocals descending into a chaotic, experimental soundscape…

You can listed to more remixes of Lost Upon The First Step here.