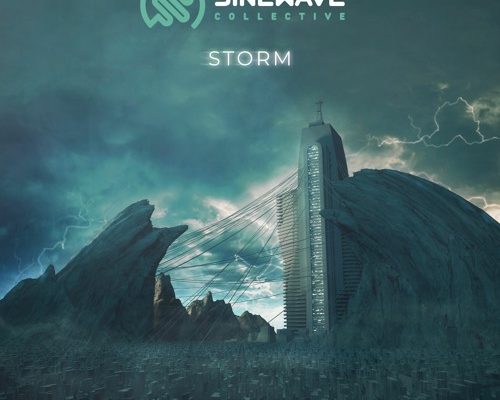 The Sinewave Collective is midway through an epic electronic music project. Since 2017 they have been creating and curating a large-scale project under the umbrella of Elements. It’s a cycle of albums, it’s like Wagner meets Yes, only this time it’s with dubstep beats, drum & bass grooves, and cinematic electronica production.

Elements is a concept that is, and will eventually consist of 4 chapters. representing ideas of both the elements (earth, air, water & fire), and a journey through life (birth – youth – mid-life – death). To achieve this the project is broken down into four chapters, which can be summarised as:

The project has so far resulted in two great albums. Jord | Earth was released last year, and Luft | Air was released earlier in 2020. They’re both excellent albums combining elements and sci-fi soundtracks, ambient, dubstep, IDM and more. It’s an eclectic and fascinating mix of electronic music from likeminded musicians.

I don’t know if it could be classed as ‘mission creep’, but the Sinewave community have now released Storm, described as a transitional release, bridging the gap between Luft and Vann, chapters 2 & 3. Regardless of this, it’s a great album. Here’s Formless, from Joro Dudovski, which combines drum & bass beats with ambient sounds, synths and water effects to create a engaging mood…

What’s great about this release, and the project in general is the juxtaposition between cinematic sounds and textures and contemporary electronic production. Here’s Careful, by Thorjn, a track which combines ambient and electronic elements wonderfully…

The Story So Far…

Here’s Jord | Earth, the first chapter in the series…

And Luft | Air, the second chapter, released earlier this year…

And bringing the project up to date, here’s the whole of the spin-off album Storm.