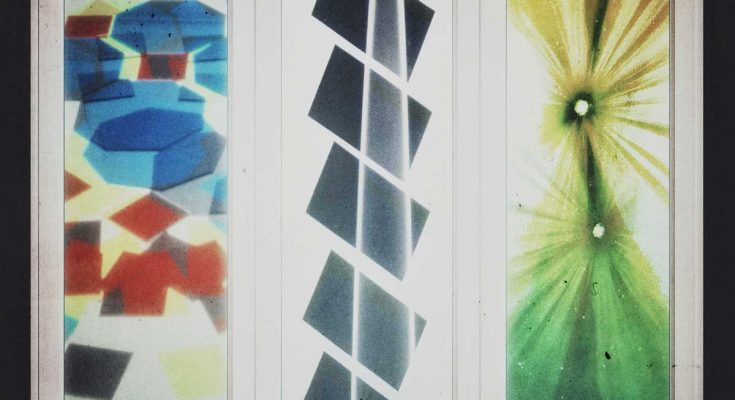 Looking Through The Magic Window is a 38-track compilation album from Music Is The Devil Records. It’s put together by Letters From Mouse, who presents the Magic Window radio show on Mad Wasp Radio.

All of the money that is made from this compilation goes directly to the station to help them support independent musicians and labels in the electronic music scene, so go give them your support!

There’s some great music going on here. Here’s what you’re going to get for your money…

Concrete Animals (MW Mix) by Dohnavur opens proceedings with some wonderful distorted melodies laced with reverb before giving way to brooding bass reminiscent of John Carpenter soundtracks, and some dynamic drums to push things forwards. It’s a great start to the compilation and sets us up nicely for stra’fiore by Salvatore Mercatante. This begins with a slightly menacing yet calming ambiance with irregular percussion glitches adding interest. Its mood relaxes in the middle of the track before we’re transported into a bigger groove in the second half of the track.

The third track is Nova Lark 79 by Bendu. It’s playful melodies and harmonies are underpinned by a hip-hop-inspired groove. It’s a joyful track and contrasts with the darker moods that opened the release. We Kept A Monster In A Box wins the award for best track name of the compilation. The track, by Camp of Wolves, is very soundtrack-like, with bell sounds underpinned by ominous string pads, and a flute-like melody adding substance.

Exo, by Scott Mayer combines wind chimes, sparse pads with growling bass to great effect before giving way to irregular rhythms and an underlying groove that’s a little reminiscent of FSOL. Next up is Inside, a track by NNYZ, with its subdued beats and vocal samples, generates a pulsing, forward movement that’s got elements of 80’s synth music whilst having a contemporary sensibility.

Survey Channel conjures up a hauntological mood with Ribbon Depth, a track full of synthy goodness, complemented by syncopated beats adding a funky vibe to proceedings. Nightshape, by Blank Disco begins with dark synthy textures and haunting vocal pads, it breaks down half-way leaving us with some nicely delayed textures.

Murmurations, a track by Cub Cub is built upon a dark vocal loop that’s menacingly accompanied by a light pad, it’s got a sinister lo-fi vibe, accompanied later by some rolling funky grooves moving us forwards. The Central Office of Information & DJ Space Terrapin brings us I Remember, a track built on top of a vocal recording with a retro groove adding to the reminiscent mood. It leaves you wanting to know more about the narrator…

Leaves, by GhostRobot begins with a lovely vocal underpinned by a sinister bass synth creating a wonderful ethereal mood. The track builds into a downtempo groove towards the middle of the track, opening up in the second half with some buzzing synth textures that really open up the mood. Next up is Troposphere, a track by Ericius Rustling, which takes us straight into a world of reedy synth sounds underpinned with delayed sounds and textures, a multilayered world of synthy, yet organic sound textures.

Bad Electric, who we’ve featured on our blog before, brings us Funky Brunch, a minimal track built upon descending arpeggios, accentuated by white noise percussion, playful, yet engaging. Maureen’s Friend brings us our next track with See Yourself In, teasing us with a lo-fi loop and accompanying sounds before opening up with a fuller groove, synth pops and pulses and a subtle vocal element to keep it engaging. This one reminds me a little of Pure Shores.

A darker mood is provided by Hydro Fyter with Fall, with its distorted reverby synth wash (is reverby a word?). Halfway through we’re introduced to a lovely minimalist arpeggio bringing us out the darkness. Eonlake‘s Nightcrawler is downtempo track that’s moody, melodic, and a little reminiscent of the sort of thing you might find on Mezzanine.

For Tomorrow, by Sunwarper, is built upon a whirring, low pitched bass grumble, with percussive grooves, and simple melodic fragments with build up the track over time, creating a filmic, soundscape. Continuing this filmic mood is Still Inferno, by Kindly Spoken Thieves. After a little ambience this builds with a pulsing, resonant bass pattern that recalls memories of your favourite 80’s action soundtracks.

The Sea Without An Edge, by Hunter Complex, has some lovely layers of synth patches that create another worldly, ethereal ambience. Some of those pad sounds remind me of the sounds you get on an old Korg M1. We get to really relax after this with Meditation IV (Spring Warmth Permeating). This beautiful track by Forest Robots really does the job, with its background environmental soundscape complemented by some ambient drones and subtle melodies.

Our ambience if followed up with some lovely piano from Star Madman. Layered with some icy pads it creates a calming mood. It’s called Fire, but to me it’s a lot cooler than that. We’ve featured Dogs vs Shadows before, and we’re delighted to hear more, with a track called Beyond The Radar. It’s haunting, retro sounding, with a sparse minimal instrumentation filled out with lush reverbs and drones.

Lethargic is a contribution from Defend The Rhino. As you’d imagine from the title, it’s slow moving, but not sluggish. Its guitar(?) arpeggios are gently pushed long by some synth string sounds, slowly building through the track. A degraded synth intro begins Spectrum Exploder, before a bright bass introduces the main part of the track. Retro grooves from Hot Pink Hexagon, with a little glitch to enable a contemporary foothold.

The retro synthwave vibe continues with Gorgonops, by Cpektir. A slightly irregular synth bass features prominently, transforming into a syncopated riff, accompanied by lo-fi drums and background pads added to the mix. Kh3rtis relaxes the mood next with Neti Neti, with subdued drums, a rolling bass, and some ring modulated vocal samples in the mix. It’s finished off by a nicely melodic monosynth in the second half.

Track 27 is Four, a contribution from Empty Sea. It’s drum sounds take me back to the 80’s, with a distorted guitar kind of melody that’s reminiscent of Top Gun. It’s got some cool little vocal samples adding a narrative to the track, building it’s own story. Biomechanoid brings us Hexagonal, with some degraded synth parts leading to a thumping drum beat, complemented by rolling bass grooves and twinkling synthesiser melodies.

Awake Alive is a dark, atmospheric track from Chris Prine. It’s synth textures are accentuated after a slow intro to a bass riff and drum pattern that whilst still brooding has a groove. It reminds me a little of some early Aphex Twin. Stasis, by AOOOE (acronym or sound?) has an effective, squelchy intro section, looping with a simple bass pulse, enhanced later with a piano part that’s a little like a horror theme melody. It gently builds, taking us slowly and surely to a finale.

Joshua James Wittman is up next with Endogenous. It’s another slow burner, moody synth parts built up with layers of sound taking us to a groove that’s a slowed down breakbeat, layered with guitar tones and pads. Sweet. Nobody’s Gonna Hurt Ya, says Gribbles in our next track. It’s synth riffs alternate between a couple of chords, with a simple melody adding focus. Vocal layers are added later, building a playful, yet slightly sinister mood.

Divergence is a track from Chaos Studio. It’s unsettling loop in my right speaker is combined with some polyphonic synth sounds and a filtered drum loop, combined with reverse effects and flute melodies create a dark textural groove. The Art Of War from Giants of Discovery combines an 80’s sounding drum loop with an arpeggiated synth part, complemented by vocal segments.

Swimming Uphill is a lighter mood, bringing us warm guitar tones, effected and delayed by Departure Street, creating a lovely ambient mood. Spectrin is up next with g9dion. Manic drum grooves underpin a syncopated bass line, with a simple slow melody. Later in the track things break down, allowing different textures to shine through. There’s something of a Squarepusher influence going on here for sure.

Our penultimate track if Time Rival‘s Everything Is Gone, which takes a mournful, almost bell-like piano theme, and adds discordant sounds and ambiences to create a melancholic mood, breaking down in the latter stages to noise and effected found sounds. Finally, an epic journey we have c u l8ter, by All My Friends Are Ghosts. Lo-fi vibes underpin playful, gently moving synth layers that create an evolving finale to our journey.

So there you go, 38 tracks of electronic music goodness. Get yourself over to Bandcamp and download a copy, today! 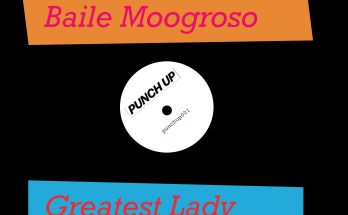