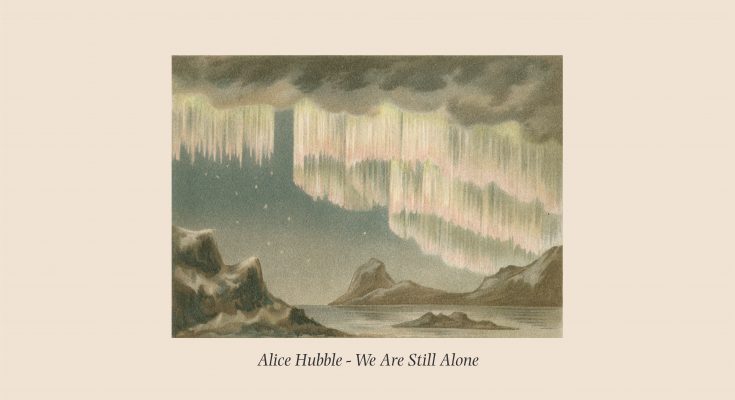 Here’s a great remix by Pye Corner Audio of a track by Alice Hubble. We Are Still Alone is originally featured on her great debut album Polarlichter, which was released in 2019.

Pye Corner Audio (aka Martin Jenkins) has created a wonderful dystopian, electronica remix, as you would expect. The Ghost Box artist sets the tone with an extended intro of bass growls, pulsating synths, and a steady percussive groove before Alice’s vocals bring the song into focus. It’s a wonderful bringing together of talents…

Here’s what Alice has to say about her track…

“It is the most personal song on the album, and is about the journey my brother and I went through in the aftermath of my father’s death in 2007. Our mother passed away ten years prior and, as you can imagine, this was a life-changing event for both of us. My experience of grief is that it is isolating and whilst you’re processing what happened you likely won’t be able to be there for others in the way you would like to. Losing both of our parents at a young age was hard, and though you go on because you have to, it’s not something you ever get over. Over time the experience becomes a part of your story, things becomes easier to navigate and you can be there for each other in the way you want to be. Though the song comes from a sad place, the overarching themes are of love, renewal, and a hope to make amends. Musically the track shows my unashamed love of OMD’s brooding moments on their Architecture and Morality LP. This wasn’t intentional, but in some ways inevitable.”

And here’s the original track, quite a different track, showing her 1980’s influences and featuring some wonderful Mellotron tones alongside some classic synth sounds…

Alice Hubble · We Are Still Alone

We Are Still Alone is featured on or Essential Electronic Music Spotify playlist.