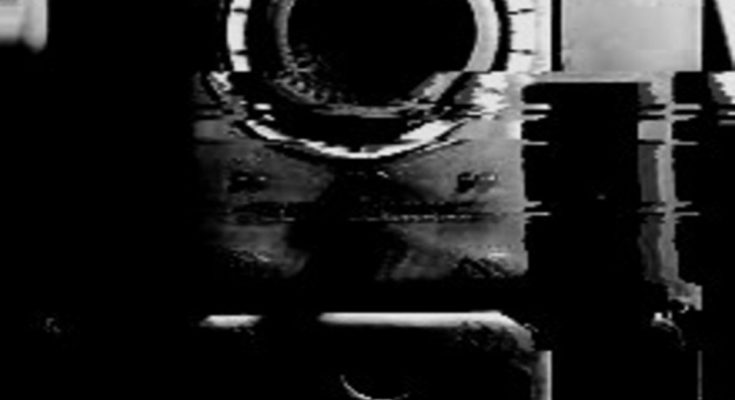 You may recall our previous features on Sarmism and Dark Fidelity Hi Fi, both released on the Glasgow underground electronic music label Bricolage. Well, they’ve gone and released another EP that is well worth checking out…

cCmndhr is the new collaborative project between Glaswegian producers John McLaren and Fraser Rowan. Both men already have releases on Bricolage under their belt as Urgula and Ty Lumnus, respectively. With the former specialising in jagged sci-fi influenced IDM/techno and the latter focused more on angular modular experiments. After a couple of brainstorming sessions they decided to unite their own individual skills together as one for a new project.

The result of this clash of styles is three warped and nostalgic IDM tracks where the ctyptic beat patterns imperceptibly blend together with the crystalline alien-like sound design. The influences range from both below the ground and above the clouds as underwater bleeps weave in and out of interplanetary synths and melodies.

Their 3 track “sBtrfge” EP is based around the fictitious island of “Qwghlm” and the idea of code breaking/underwater research. I guess you’d call it a form program music. Here’s the premise…

As the small boat emerged from the mist, the two men huddled into their jackets against the cold and drizzle, looked up at a gruff word from their sealskin clad oarsman in the back. The oarsman, a native Qwghlm, stowed the oars and let the boat scrape up onto the beach. The two men disembarked pulling heavy flight cases from the boat, with a curt nod they turned and trudged up the wet beach.

After a slippery scramble up a precarious path they reached the top of the cliff known locally as nNs pNt they set down the flight cases and began to extract the contents. Black metallic superconducting rods were connected to opalescent power banks with ribbons of thick multi coloured wires to form a strange looking antenna.

The two men orientated the antenna out towards the roiling blue Atlantic Ocean, then looked at each other and knelt back down in the sodden grass and opened the other flight case. They extracted a heavy cable which they coupled to the antenna then turned to the machines inside the case and began to push buttons and twiddle knobs. As the antenna shuddered and twitched , scores of mottled sea birds screeched up from the cliffs below and wheeled about above the heads of the men.

Out in the vast Atlantic a disturbance could be seen on the water , a swirling froth began to turn and boil before splitting apart as the barnacled nose of a subaqueous monster raised itself from the seabed for the first time in eighty years. The submarine spewed from the sea in a cloud of steam and froth before splashing majestically back into the water, its sides streaked with scrapes and dents. Through the spray and froth strange symbols and indecipherable markings could be seen. One word emblazoned across the bow looked freshly painted.

The first track is called Onnes. It has a very 90’s vibe to it, taking me back to people like Amon Tobin, it’s got a dark, industrial feel to it, with a slow drum & bass groove, and some analog synth carrying forward it brooding atmospherics…

Qwghlm is the second track, beginning with an analog synth drawl, and percussion that has a locomotive feel as it drives forward. 808 beats and a bassline with an edgy syncopation add groove. There’s a short ambient break adding a little breathing space in the middle of track before the groove kicks back in again…

Huff Duff is the last track of the EP, with some very Warp like synth droplets becoming more intense through the intro, accompanied by a pulsating kick pattern. A bass line builds into the arrangement before we stop for some brief respite. Things quickly kick back in with some more rhythmic interest creating a polyrhythmic juxtaposition of bleeps, hits and grooves…

You can download sBrtrfge from the Bricolage Bandcamp page.