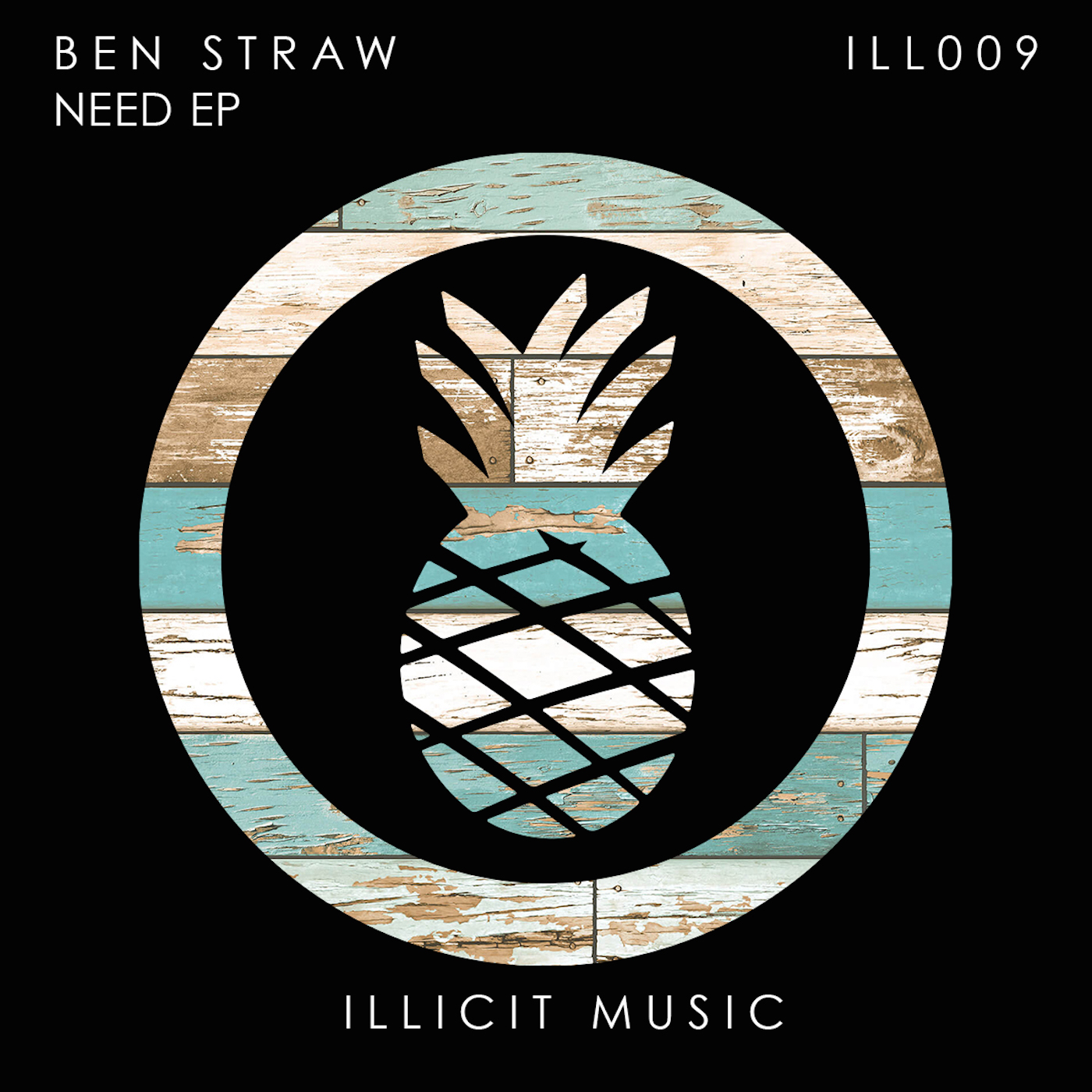 Here’s a Q&A with Ben Straw from Illicit Music, discussing his latest release, influences, methodology, and plans for the future…

Hi Electronica, nice to finally connect with you and thanks, first of all, for having me down for a chat. – So this most recent release of mine is a two-track EP called NEED EP. Late 2019, my uncle and I decided to get some audio recorded of him playing his guitar. We got loads recorded both with just raw sound and some using a guitar pedal for some effects too. Once done, I started creating numerous new tracks with the aim to make use of this audio we had just recorded; these two were 2 of the first 4 created using it. The tracks are called “Need” & “Chase” and are currently available for Pre-Order with Beatport but are released on all other stores on 7th September.

The music I typically create sits between the Tech House – Deep House styles and I do try my hand at creating a bit more minimal tracks but they always end up building up to a certain sound that naturally seems to creep through. As much as it keeps your tracks around the same sound, it’s quite frustrating as I’m always trying to create something different. Sometimes for a challenge but usually because I genuinely like the style I’m attempting but it’s habits that bring me back to a certain point most productions. I have also released a few tracks in the past that are closer to the Techno sound but I go up and down with Techno. Sometimes I will be right in to it and sometimes I’ll just give it a miss.

It depends how and when I’m creating my tracks. If I’m creating something on my hardware, I’m a lot more creative. I just go with it and play around, finding sounds that fit and just have fun until it sounds good. Then I will sometimes record that in. If I am doing it straight from my laptop though I’m very mathematical. I follow a really structured work path when it comes to layout and things like that. But I do still try and change things up with the sounds I use within them layouts. I think overall I enjoy the hardware more, but I seem to get less recorded in with that method, so sometimes I will just get my head down, straight in to the laptop and get something finalised.

My inspiration to create music was purely out of interest. I got my first set of decks around 17-18 years old. I played for a year or so just at house parties etc but once I got hooked, I wanted to know more. When I started to put together hour-long sets, using other people’s tracks, I started to wonder how the tracks themselves were put together. That’s when I enrolled in a night-time, music production course at Hull College.

Who are some of your favourite composers, musicians, or bands from the past or present?

If I listen to music outside of Production/DJing, I like something different so I’m not diluting my ears with too much dance music. That way it keeps them fresh for when I want to be creative. Within the scene when I’m track searching, there’s always the usual hitters like Sidney Charles, any of the FUSE lot, East End Dubs, etc. But I love finding new or unknown producers with talent, who just might not have that large scale fan base, yet. Like a guy I’ve known for a while now, who goes under “JIZZ” (Great name, I know) and another guy I have known a long time, who goes by “Tom Spark” now. Both producing absolute quality tracks right now and have done since I first spoke to either of them. Obviously the lads down at Illicit are all creating some really nice stuff at the minute, as well. We have all just got our heads down during lockdown and got some decent productions behind us. Out of the scene, I sometimes put some grime on as that was my first musical interest, since school. I love to playback the earlier stuff from Wiley, Skepta, JME, etc. And I love Stromzy’s tracks; how he slips in a few samples from older songs on his own. The first album I ever bought was ” Jamie Woon – Mirrorwriting ” which I still listen to loads, on Spotify. Another favourite which takes me away from the rave scene is ” Ronny Jordan – The Antidote “

Most probably Sidney Charles more than anyone. Just down to the fact I’ve followed him from the start, as my sound has changed and matured both on the dance-floor and in the studio he has constantly been the one I followed the most. His tracks just have a perfect amount of everything in them in my opinion. Groove, depth, a bit of weight behind them for the big rooms, and usually some really nice vocal samples or some sort of synth sound to perk the ears up a little.

If I had to pick just one, then it would be my Roland MC707 because it does it all. It’s like it has it’s own DAW within the hardware which you can navigate through on the screen. You can create full tracks on that one bit of equipment, which I have done, and don’t technically need anything else! But I have other bits of equipment which I love to use, mainly my Korg Volcas. Great little bits of kit. The NuBass has a really nice acid sound going on and with the Volca Modular, you can get some interesting sounds going on!

Probably with the fuse guys. As much as they seem to have their own sound going on I feel like you could be more experimental with their crowd. You could take the journey down different paths whilst keeping them interested. That’s what I like about Illicit too, the crowd there is great and I can experiment with slightly different sounds here and there and they love it. Some crowds at some events expect a certain sound and you can see them switch off, if the track doesn’t fit. I like to try and switch it up with a track or two to take peoples minds elsewhere for a bit, if possible.

The last 3 tracks I listened to, that I just had to get a copy of were:

Next for me is to get this backlog of tracks I have sitting around, after lockdown, signed. I have one specific one that I like which I’m going to keep for my own Label, Fractured Sounds. That track is another where I used the guitar audio we recorded. Some will most probably be released on Illicit again and I have a couple which are awaiting a remix from Jack Batty which will then be sent to whichever label we decide on. I’m also gradually working on chopping and editing the Guitar Audio into some sort of sample pack. But that is just a bonus thing I’m spending some spare time on when I get a chance.