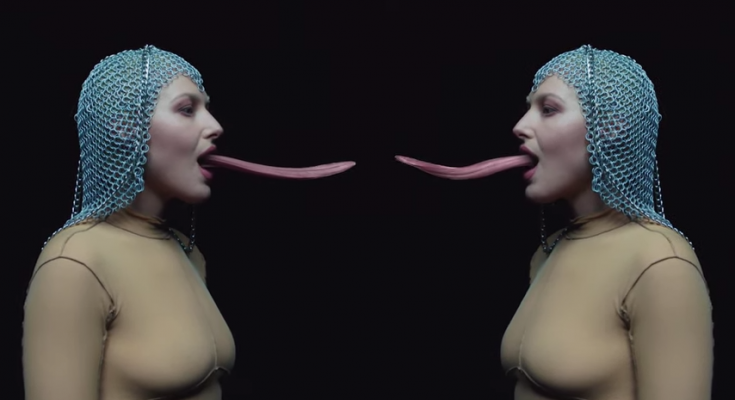 ANJELICA brings an elevated sense of truth and vulnerability to the dark-pop music genre. Listeners
received a taste of her forthcoming projects through her debut single Good Ones that she further accompanied with a stripped acoustic version and a stunning video to accompany.

Through her music, a gravitational pull ignites and ANJELICA brings us together in an expression of
shared loss and the capacity to find strength in the darkest of times. Self-written and produced, her
works deliver an intuitive sound that is distinctly her own. ANJELICA released her first single through
eXotichouse, distribution through EMPIRE on March 30, 2020. This single will be followed with a collection of releases throughout the year. Maybe It’s The Drugs reigns as her second single of 2020.

Only child grew up with a single mother who raised her with new age philosophy & esoteric beliefs. Upon the sudden passing of her mother,  a personal health scare derailed Anjelica’s blossoming career and put her life on hold just shortly after.

One morning she woke up  unable to speak or sing, this  medical mystery continued for many months, undiagnosed. After seeing countless physicians, she was diagnosed with vocal cord paresis, caused by a “random cold virus” that had attacked and paralyzed her left vocal cord. Told that there was no specific treatment for this condition and that it could be permanent she desperately embarked on a  journey to heal herself.

She spent months isolated  in a remote location using many of the  metaphysical practices her mother had taught  her such as meditation, Breathwork, past life recall etc in addition to psychedelics and plant medicines (as tools to regain her voice)

In the months that followed,  she began receiving messages from deceased ancestors, angelic and extraterrestrial beings and having out of body experiences. She recites being given guidance on how she could channel  codes through her music in order to assist the mass awakening that was occurring on Earth.

Slowly Anjelica’s voice returned though it was noticeably more soulful and powerful than before, a change in tone that continues to stay with her.  Doctors defined her recovery as a   “spontaneous regeneration” of the left vocal cord, further deepening  her belief in the divine.

She credits this experience as the reason she shifted  from singer/songwriter to producer overnight. Having had no prior production experience she describes  her creative process as “100% intuitive.